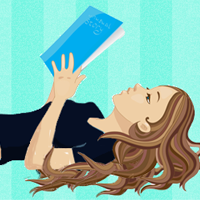 I thought I would send out a personal update with new changes/ things going on with the blog.

The first major change should be fairly obvious when you first visit the site - I have a completely new header/avatar thanks to my friend Avery from Avery's Blog Designs! I absolutely love it! Thanks Avery!

The second change is that blogger has a bug and apparently text can't be edited. So, I'm not currently able to edit the 'Books I've Read in 2013' list or the what I'm 'Currently Reading' section. If you want an up to date list, or more info on what I'm reading, you can also follow my Goodreads, Twitter, and/or Facebook pages. You can do that anytime - but right now they'll be much more accurate than the blog. I have also added the Follow option on the blog through Google Friend Connect. So, basically you have a billion choices now about how you want to be updated!

Next month I'm heading to two different conferences/ meetings. The first is through work and it's all about matching readers with books based on their interests, which I am extremely excited about. Talking to people about why they like something and finding them new things to read one of my absolute favourite parts of being a Librarian, so you can always feel free to email me/ comment on a post for book suggestions. I live for that kind of thing! The second meeting I'm heading to is the Ontario Blog Squad meet-up. We get to talk books, meet authors, and have lunch together for an afternoon. It's a book blogger and book lovers mecca. This is my first year going and I can't wait! I'll be sure to update everyone on the meetings (and I'll especially share all of the book info I pull out of people in the know)!

As always please feel free to comment on posts or email me with your thoughts and comments about my reviews. I love hearing from you!

Until next time - happy reading everybody!

- Laura (aka An Adult Teen Reader)

106. Make It Right by Megan Erickson
105. Better When He's Bold by Jay Crownover
104. Best Supporting Role by Sue Margolis
103. Conversion by Katherine Howe
102. Magnolia by Kristi Cook
101. The Road Narrows As You Go by Lee Henderson (DNF)
100. People I Want To Punch in the Throat by Jen Mann
99. Leaving Tomorrow by David Bergen
98. The Massey Murder by Charlotte Gray
97. Top Ten Clues You're Clueless by Liz Czukas
96. Take Me On by Katie McGarry
95. Boomerang by Noelle August
94. Outlander by Diana Gabaldon
93. All Fall Down by Jennifer Weiner
92. Then and Always by Dani Atkins
91. All Broke Down by Cora Carmack
90. The Husband's Secret by Liane Moriarty
89. Lead Me Not by A. Meredith Walters
88. Reluctantly Royal by Nichole Chase
87. Shatter by Erin McCarthy
86. Torn Away by Jennifer Brown
85. A Paris Apartment by Michelle Gable
84. Life in Motion by Misty Copeland
83. Thousand Words by Jennifer Brown
82. Otherbound by Corinne Duyvis
81. The Rosie Project by Graeme Stinson
80. A Grown-Up Kind of Pretty by Joshilyn Jackson
79. Wild by Sophie Jordan
78. The Half Life of Molly Pierce by Katrina Leno
77. Earthquake by Aprilynne Pike
76. The Jewel by Amy Ewing
75. Don't Call Me Baby by Gwendolyn Heasley
74. The Secret Diamond Sisters by Michelle Madow (DNF)
73. The First Principles of Dreaming by Beth Goobie
72. The One by Kiera Cass
71. The Lost Sisterhood by Anne Fortier
70. Breathe, Annie, Breathe by Miranda Kenneally
69. The Heiresses by Sara Shepard
68. Cure for the Common Breakup by Beth Kendrick
67. Buzz Kill by Beth Fantaskey
66. If I Stay by Gayle Forman
65. The Storied Life of A.J. Fikry by Gabrielle Zevin
64. We Were Liars by e. lockhart
63. Undressing Mr. Darcy by Karen Doornebos
62. Virgin by Radhika Sanghani
61. Strings of the Heart by Katie Ashley
60. The All You Can Dream Buffet by Barbara O'Neal
59. Uganda Be Kidding Me by Chelsea Handler
58. Attachments by Rainbow Rowell
57. I Didn't Come Here to Make Friends by Courtney Robertson
56. Grist by Linda Little
55. The Indifference League by Richard Scarsbrook
54. The Prisoner of Night and Fog by Anne Blankman
53. Make It Count by Megan Erickson
52. Landry Park by Bethany Hagen
51. Three Broken Promises by Monica Murphy (DNF)
50. Roomies by Sara Zarr and Tara Altebrando
49. All of You by Christina Lee
48. No Attachments by Tiffany King
47. Running Back by Allison Parr
46. You Knew Me When by Emily Liebert
45. What Nora Knew by Linda Yellin
44. Sekret by Lindsay Smith
43. Me Since You by Laura Wiess
42. Don't Even Think About It by Sarah Mylnowski
41. Arsen by Mia Asher
40. Off The Record by K.A. Linde
39. Better When He's Bad by Jay Crownover
38. Last Breath by Jen Frederick/ Jessica Clare
37. Somewhere In-Between by Donna Milner
36. Best Kind of Broken by Chelsea Fine
35. All Lined Up by Cora Carmack
34. Divergent by Veronica Roth (reread)
33. Never Fade by Alexandra Bracken
32. Four Seconds to Lose by K.A. Tucker
31. Tease by Sophie Jordan
30. Liv, Forever by Amy Talkington
29. Nash by Jay Crownover
28. Rush Me by Allison Parr
27. White Hot Kiss by Jennifer L. Armentrout
26. Rome by Jay Crownover
25. Faking Normal by Courtney C. Stevens
24. Jet by Jay Crownover
23. Rule by Jay Crownover
22. I See London by Chanel Cleeton
21. Beat of the Heart by Katie Ashley
20. Music of the Heart by Katie Ashley
19. Take a Chance by Abbi Glines
18. Recklessly Royal by Nichole Chase
17. One Tiny Lie by K.A. Tucker
16. Something Real by Heather Demetrios
15. Price of a Kiss by Linda Kage
14. Relentless by Cassia Leo
13. Afterparty by Ann Redisch Stampler
12. Unraveled by Jen Frederick
11. The Marriage Merger by Jennifer Probst
10. The Marriage Mistake by Jennifer Probst
9. The Marriage Trap by Jennifer Probst
8. #scandal by Sarah Ockler
7. Racing Savannah by Miranda Kenneally
6. The Thrill of It by Lauren Blakely
5. Uninvited by Sophie Jordan
4. The Marriage Bargain by Jennifer Probst
3. Ten Tiny Breaths by K.A. Tucker
2. All The Truth That's In Me by Julie Berry
1. The Promise of Amazing by Robin Constantine